When searching for books on exhibiting cultures, try some of the following Library of Congress Subject Headings:

Video art. (use with a narrower keyword)

Pictorial works. (use with a narrower keyword) 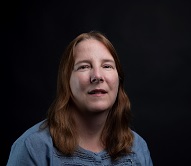